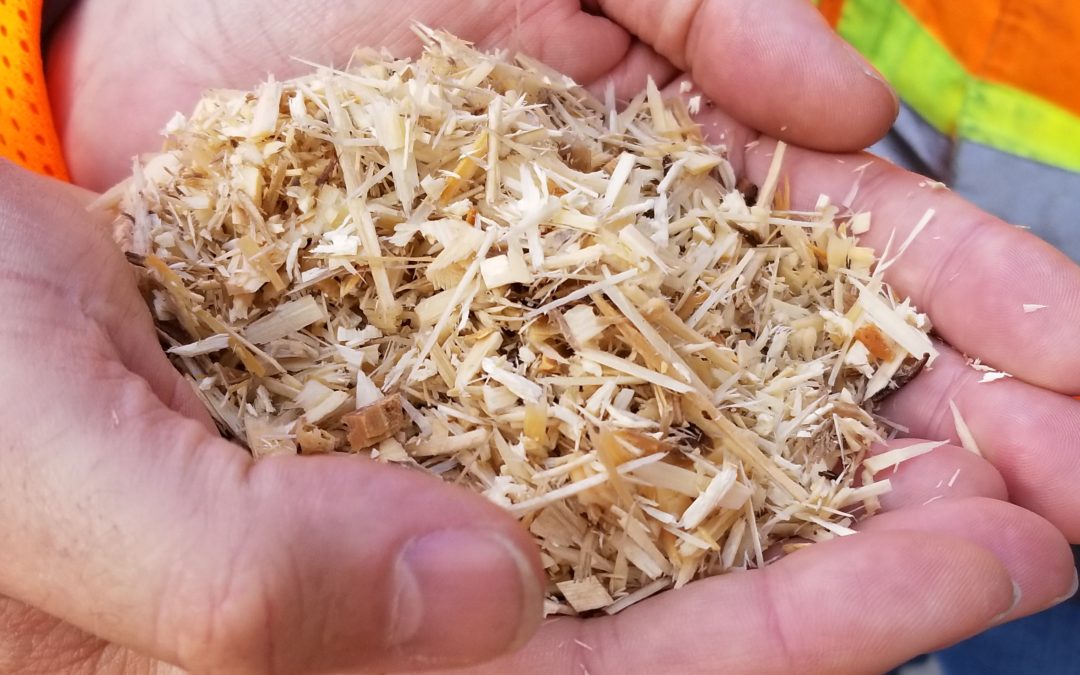 Our company, Our Blue Planet is developing a technology to produce carbon black from 100% sustainable biomass sources.

You have probably never heard of carbon black, but it is one of the most widely used industrial compounds with some 18 million tonnes produced annually worldwide. It is used in the manufacture of virtually all rubber and plastic items, from tires which are the major consumer, to your laptop, your printer cartridge, cosmetics, to another million and 1 products.

The problem is that it is also one of the most polluting industries in existence because it is made from high Sulfur crude oil.   Production of carbon black creates large amounts of nitrogen oxide (NOx), Sulfur dioxide (SO2) and particulate matter. NOx and SO2 have numerous adverse health effects and are significant contributors to acid rain, smog and haze. These pollutants are converted in the air to particulate matter that can cause severe respiratory and cardiovascular impacts, and premature death. Last year the US EPA and DOJ announced settlements with several of the largest carbon black producers. Under the settlement, the companies have agreed to install and operate state-of-the-art pollution control technologies to reduce emissions of harmful air pollutants and pay civil penalties.

We are developing the technology to produce carbon black from sustainable biomass sources. This will not be a bio char or like any solid to solid material- what we are working on will eventually become a direct replacement for reinforcing carbon black material. We are aiming to achieve very significant carbon footprint savings by powering our facility from 100% renewable energy sources, siting it in close proximity to a major industrial consumer, and paying strict attention to the feedstock, material, process and delivery food chain.

For the feedstock end of things, we recently paid a visit to ATCO wood products in Fruitvale, BC and met Scott Weatherford, ATCOs CEO. He gave us a very interesting tour of the facilities and we were super impressed at the cleanliness and organization of the operation. ATCO produces some of the finest quality veneers. The wood waste derived from this process and other wood waste processes has a good potential to be converted into a value added product that can go towards supplementing traditional carbon blacks.

We will be posting some progress reports here from time to time, so please check back if you are interested. 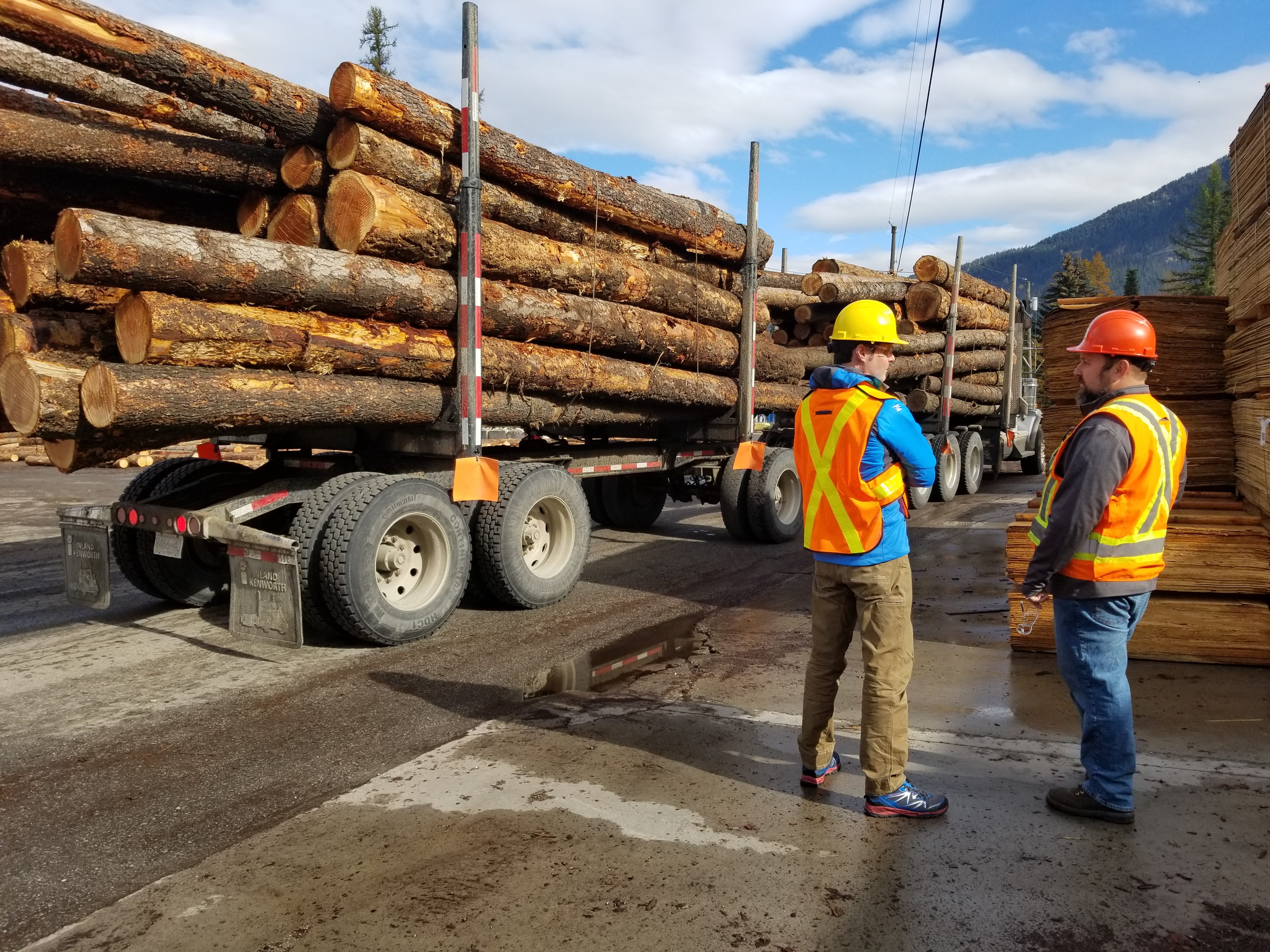 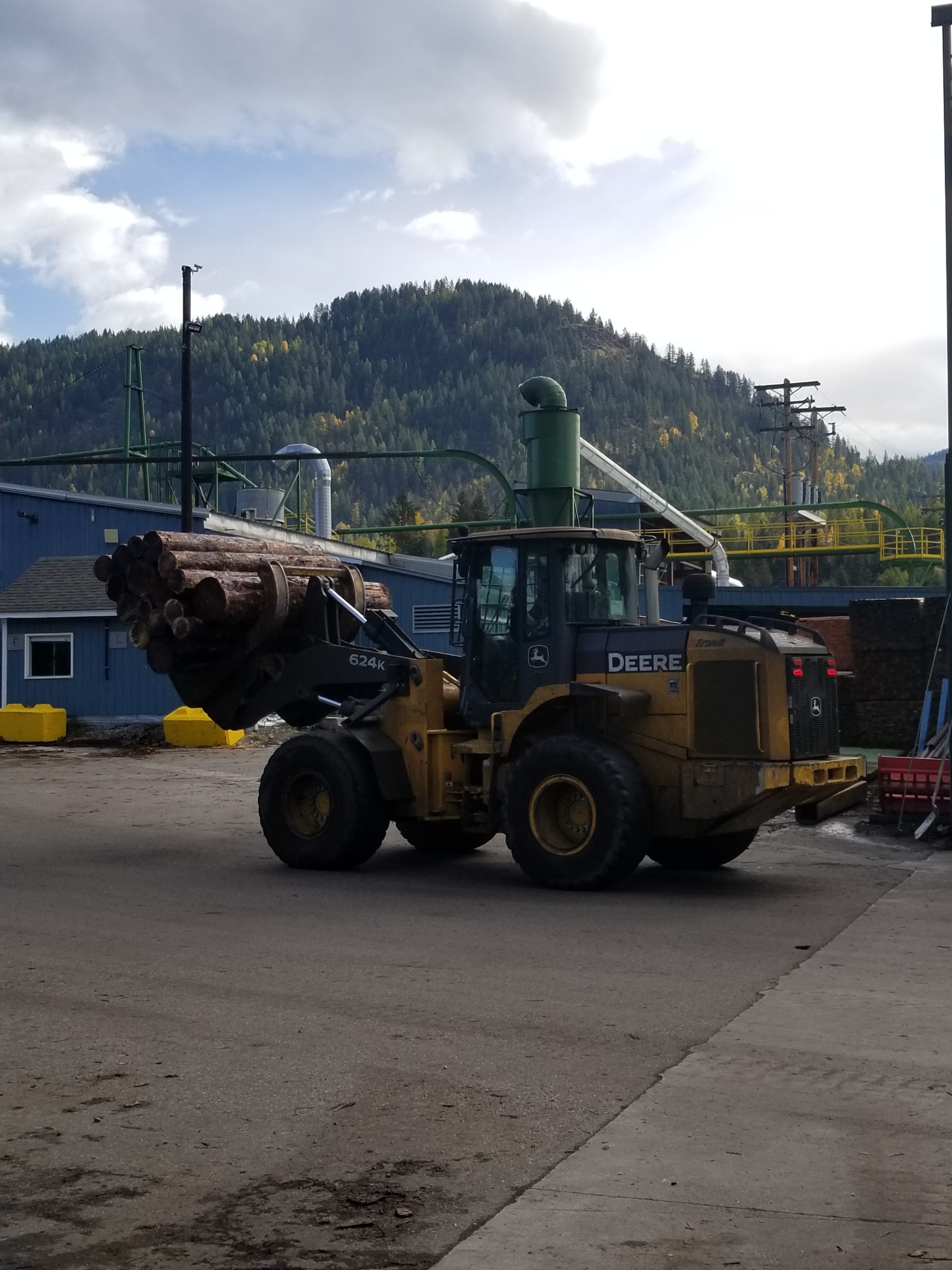 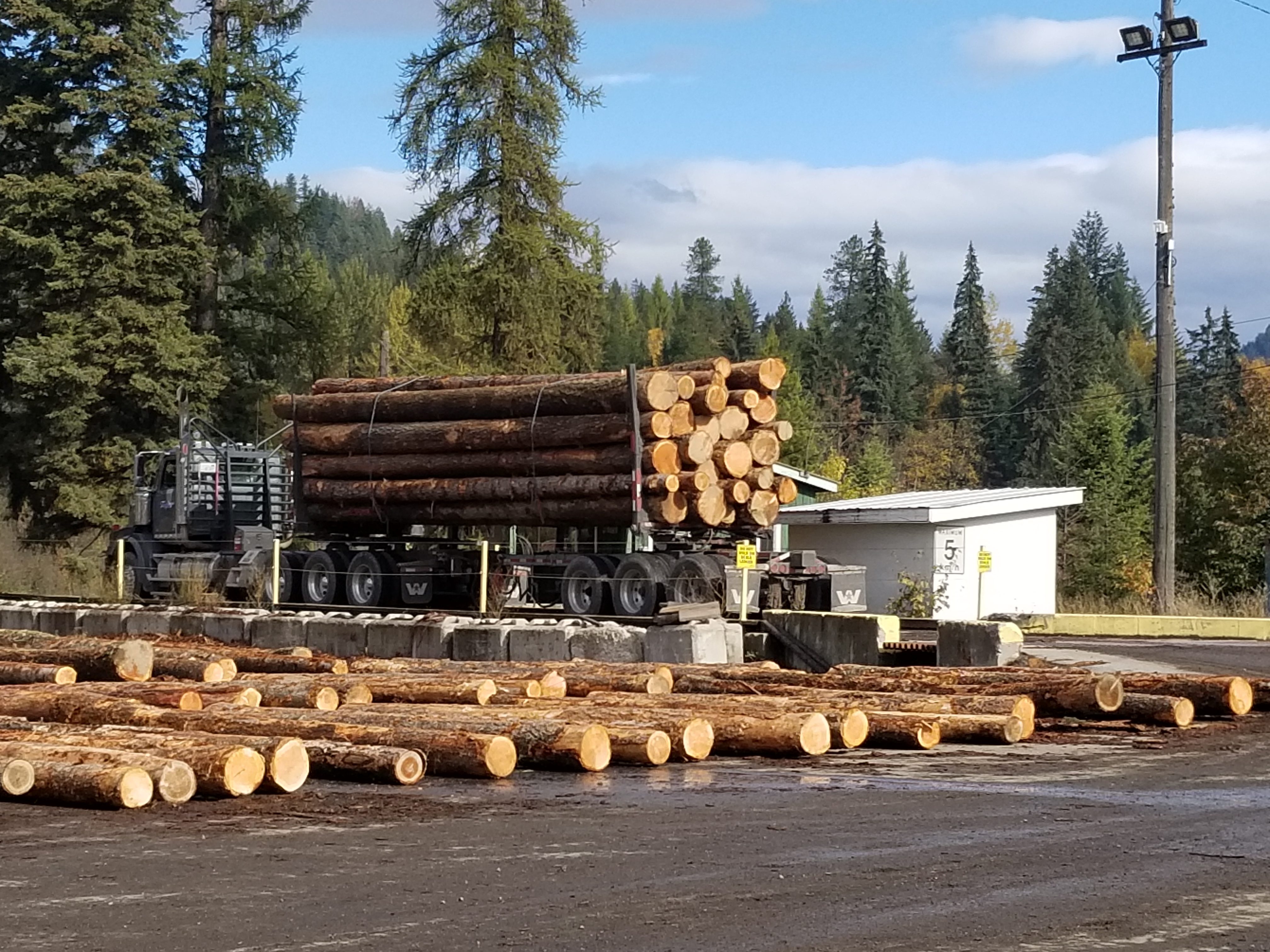 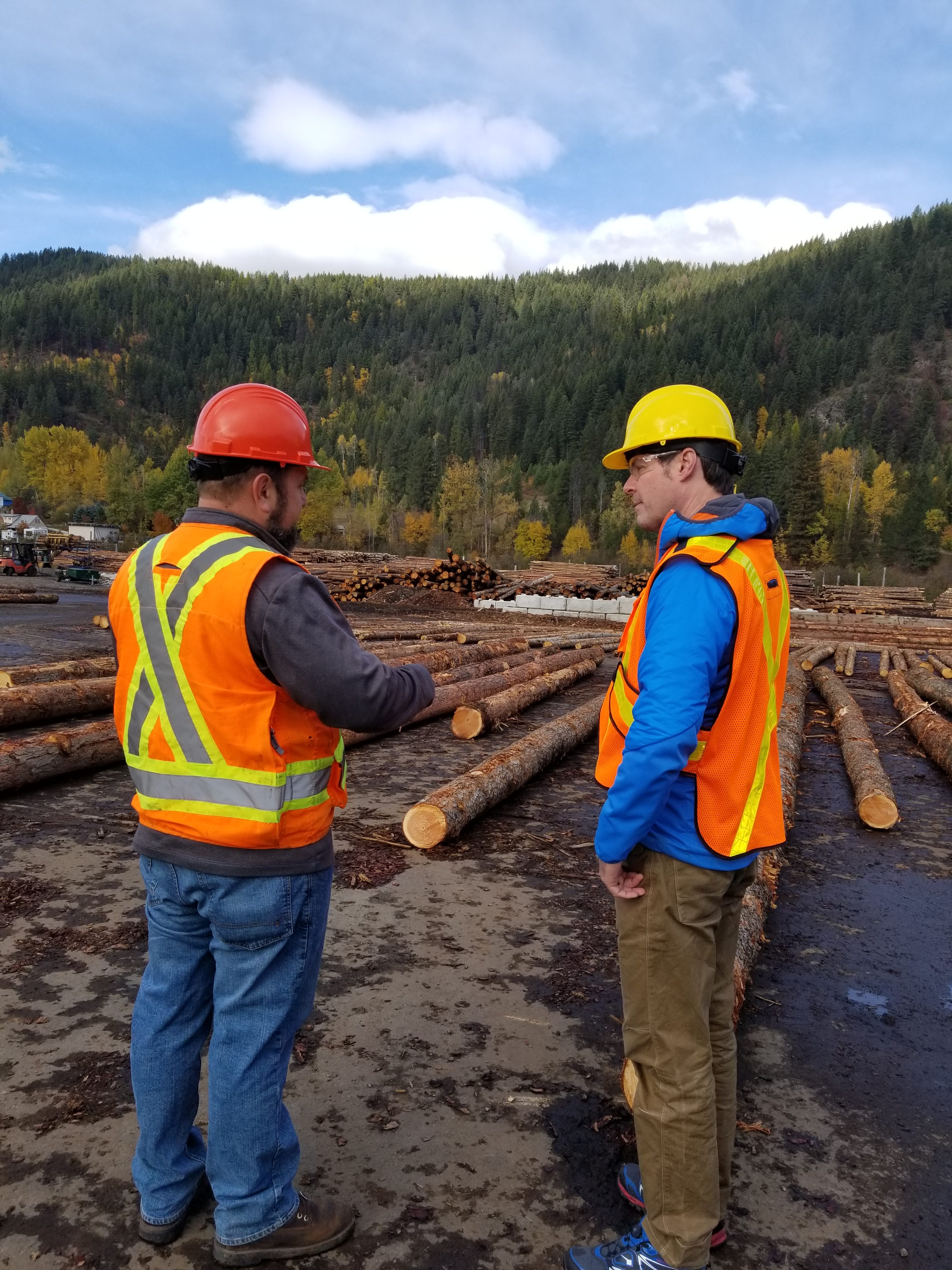 AKRON — Green business and economic practices, encompassing both manufacturing and recycling, are crucial to the continuing health and viability of the tire industry, speakers said at the recent International Tire Exhibition & Conference (ITEC).

According to Rahinda Mukhopadhyay, director of the Hari Shankar Singhania Elastomer and Tyre Research Institute in Karnataka, India, the population of the world will reach 10 billion humans by 2058.

Population growth will be especially intense in India, which will surpass China as the most populous country in the world, Mr. Mukhopadhyay said.

Because of these factors, auto and tire manufacturers face the challenge of creating new green technologies and expanding the sustainable economy while remaining globally competitive, he said.

Climate change is already having a profound impact on Asia, according to Mr. Mukhopadhyay. The risks include:

To reduce these risks, the world must adopt a green economy that turns away from fossil fuels and unbridled consumption toward a focus on saving resources rather than labor, Mr. Mukhopadhyay said.

In terms of tires, this means the development of renewable, mineral-based and recycled raw materials, he said.

“It is possible to produce a tire with more than a 95-percent non-crude oil base,” he said. “However, the application range today is still limited.”

Moving toward a green economy in the tire industry would include moving to:

A more sustainable vehicle fleet is also vital to achieving a green transportation economy, according to Mr. Mukhopadhyay. India is a good example, with a plan that all new vehicles sold within its borders must be 100-percent electric by 2047, the 100th anniversary of the nation’s independence, he said.

By 2030, 40 percent of new vehicle sales and all new vehicles for intra-city transport fleets must be pure EV, he said.

“As vehicles are one of the main sources of air pollution responsible for poor urban air quality, suitable measures should be taken by all concerned to build a green, sustainable future,” he said.

The U.S. tire industry is well advanced in its efforts to achieve sustainability, according to John Sheerin, director of end-of-life tire programs for the U.S. Tire Manufacturers Association (USTMA).

Members of the trade group continue to prioritize research into the health and environmental impacts of the manufacturing and use of tires, Mr. Sheerin said, while at the same time striving to advance the safety and performance of tires and to manage scrap tires as valuable, reusable materials.

“We recognize the need to increase the use of sustainable materials,” he said. “We are increasing the use of micronized rubber powders, which closes the loop in tire manufacturing.”

USTMA members are also investigating the use of recycled carbon black from pyrolysis, orange and soybean oils instead of petroleum, bioisoprene instead of traditional synthetic rubbers and alternative sources of natural rubber such as guayule and dandelions, according to Sheerin.

The percentage of scrap tires that were recycled dropped from 2013 to 2017, to 81 from 96 percent of tires generated, Mr. Sheerin said. A slight drop in markets plus the sheer increase in scrap tires generated in those years was a major reason for this, he said.

Nevertheless, scrap tires represent one of the great success stories in recycling, the USTMA exec said.

Tire-derived fuel remains the stalwart of scrap tire recycling, accounting for 43 percent of the 3.4 million tons of tires recycled in 2017, according to Mr. Sheerin.

The Environmental Protection Agency has recognized the biogenic content in TDF, in both the greenhouse gas reporting rule from 2010 and the emissions from stationary sources rules from both 2011 and 2014, he said.

Ground rubber accounted for 25 percent of the scrap tire market in 2017, and civil engineering projects for another 8 percent, according to Mr. Sheerin. Some 16 percent of scrap tires were landfilled — the highest level in three or four years, because of a decline in the market — and the remaining 8 percent went to various markets, he said.

“2017 was not a boom year for rubber-modified asphalt,” Sheerin said. “But we expect this year to be better, because of new road construction.”

Reducing scrap tire stockpiles is also a major success story, according to Mr. Sheerin. Since the USTMA began its scrap tire program in 1990, the number of stockpiled tires has plummeted 94 percent, to about 60 million from an estimated 1 billion, he said.

In South Carolina, for example, the state faces the cleanup of 800,000 stockpiled tires left by a processor that went bankrupt. The state has allocated $2.7 million for cleanup, Mr. Sheerin said.

Colorado has two or three massive tire monofills that the state is required to clean up by 2024, he said.

“Texas has 17 million stockpiled tires that they know of, and I know of no plan to clean them up,” he said. “The state needs a new program.”

Two states — Louisiana and West Virginia — claim to have no stockpiled scrap tires, according to Mr. Sheerin.

“Louisiana has done the work and the cleanups,” he said. “The number of stockpiled tires is probably not zero, but the state is very environmentally aware.

“But West Virginia hasn’t done the work,” he said. “It hasn’t even looked for stockpiles.” 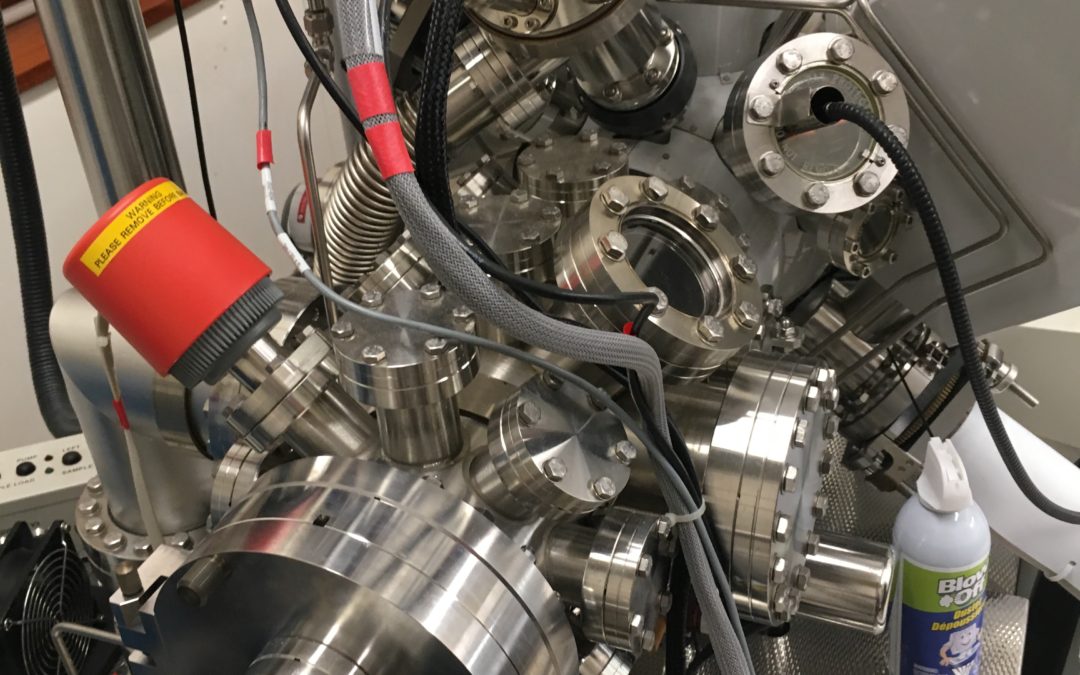 Visit to the NRC materials lab in Ottawa

Visit to the NRC materials lab in Ottawa

Had a fascinating tour of the National Research Council of Canada materials lab. They are doing cutting edge R&D on the batteries that will energize your future.

The following pics are current collectors being made from various conductive materials and formulations, into coin cells for testing. The title pic is a machine called an XPS also known as an X-Ray Photoelectron Spectroscopy. 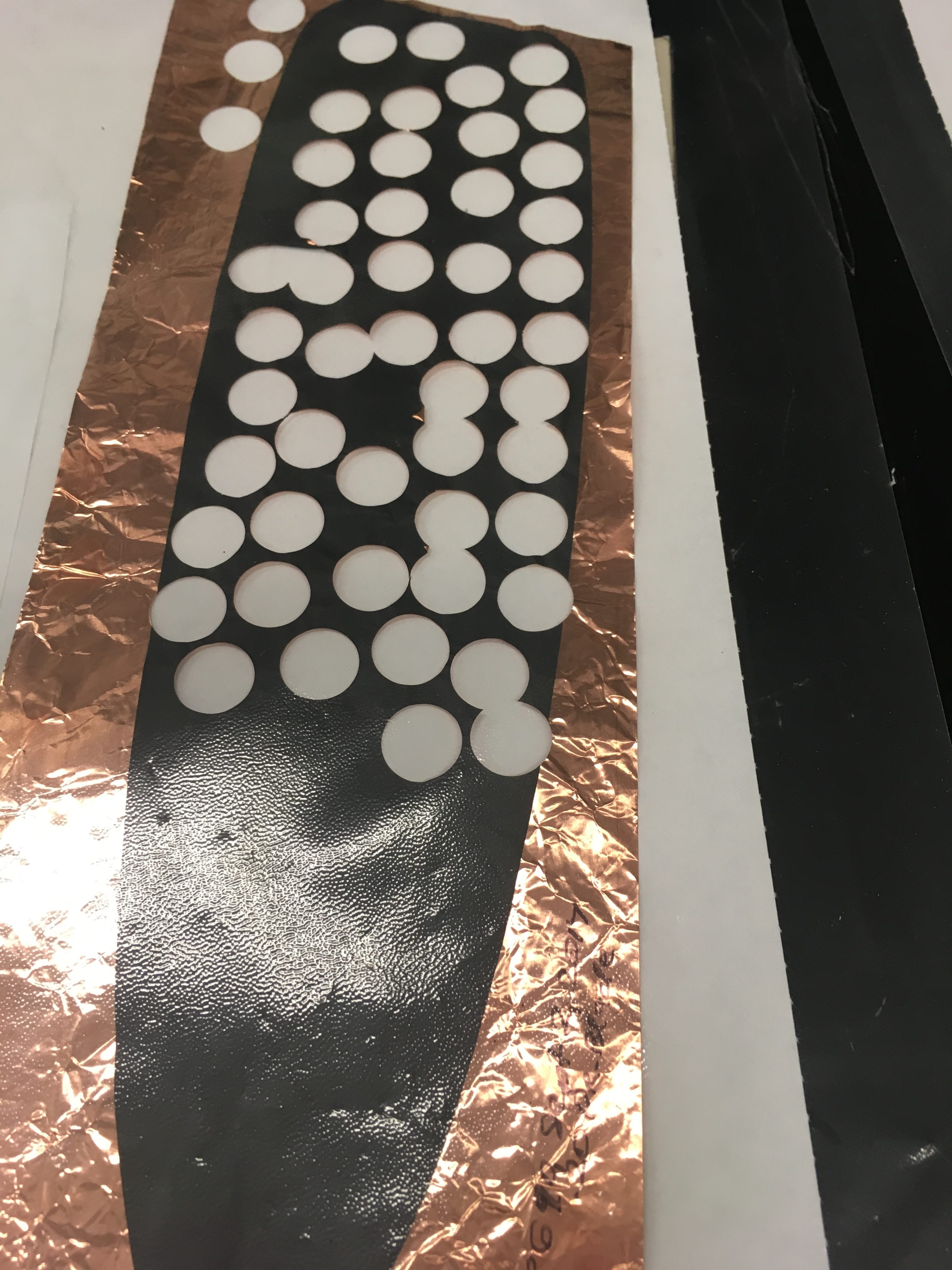 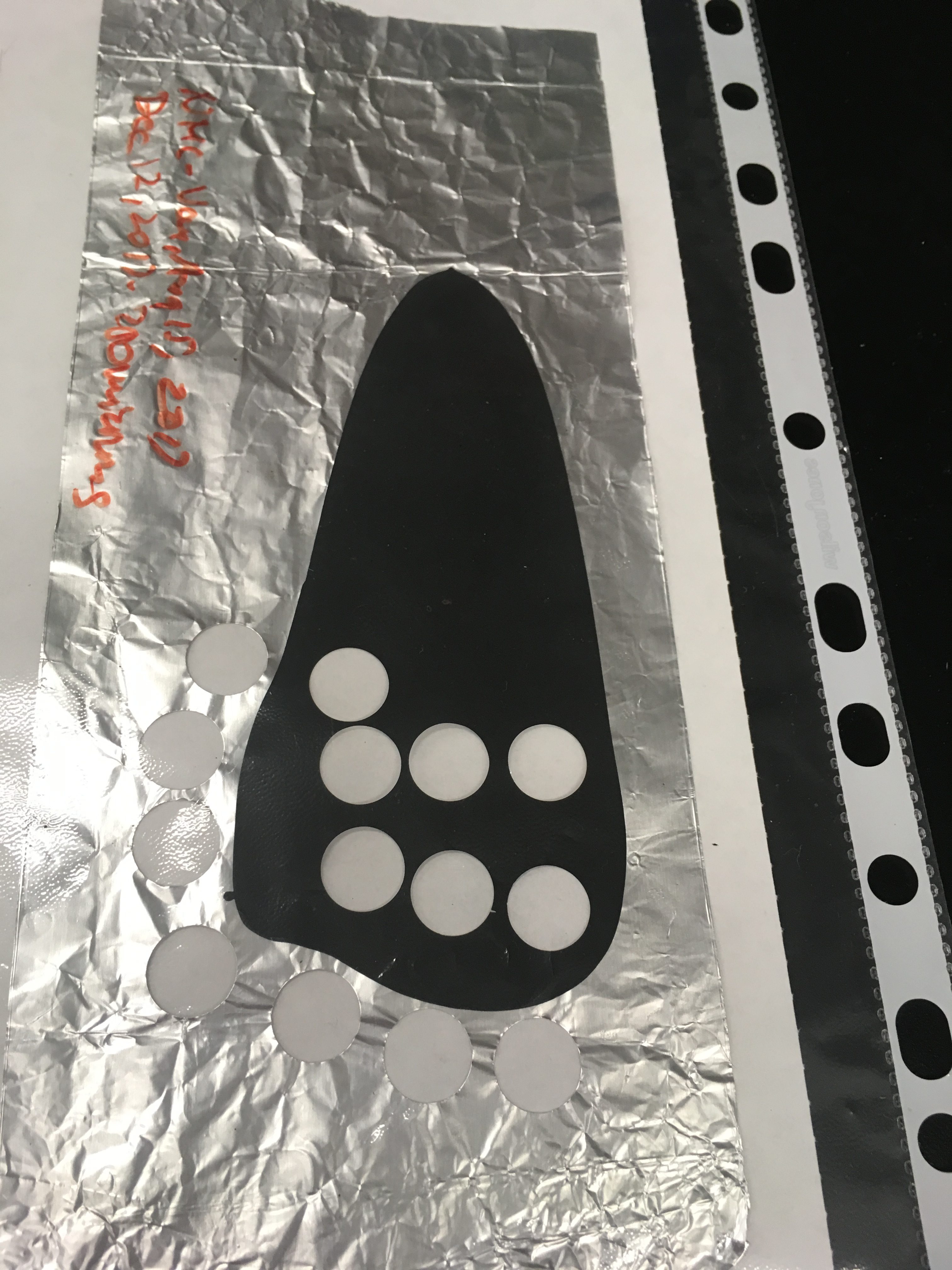 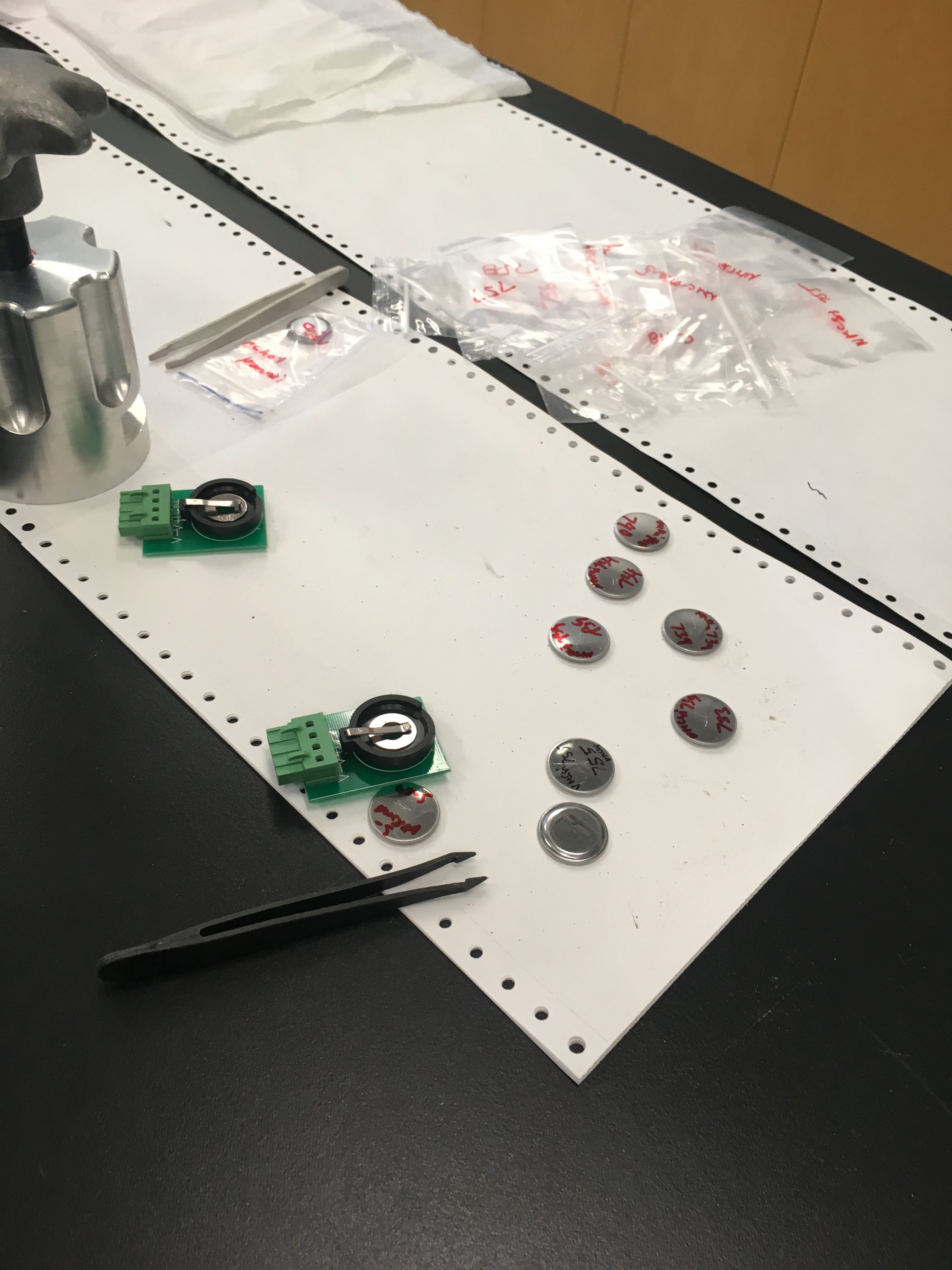