Wildfire Detection Sensors was selected as a Capstone in 2019/2020 for 4th year engineering students. These newly developed sensors will form an integrated multi altitude system that is mounted onto solar charged and battery powered autonomous VTOL aircraft /drones UAVs (unmanned aerial vehicles) that will cruise above BC forests in predetermined grids or event patterns.

Kenny is 22 years old. He is currently finishing his bachelors degree in electrical engineering and has taken the lead on the Wildfire Detection Sensors Capstone team project. Problem solving and learning are his two biggest passions that drive him everyday. He loves learning about new innovations from different cultures and environments. Traveling has allowed him to experience brilliant solutions from all around the world. Watching something work that’s been engineered perfectly really determines him to one day have one of his innovations changing the world as well.

Annie is an electrical engineering student expected to graduate December of 2020. She has a passion for sustainable infrastructures and innovative solutions that helps make the world a more sustainable place. Her hobbies include reading and astronomy.

Colton is studying Mechanical Engineering at the University of British Columbia Okanagan campus and is expected to graduate with his Bachelor’s Degree in May 2020. He chose Mechanical Engineering because he have always had a strong passion and interest in vehicles, structures, and the complexity of moving parts. Colton has worked in construction as a framer/carpenter for the last four summers. Hockey and golf are his main hobbies outside of school as he grew up playing competitively almost my whole life.

Emily is a fourth year Electric Engineering Student at the University of British Columbia Okanagan Campus. She also has her diploma in Electronic Engineering Technology. She is excited to work on the Wildfire Detection Sensor project with Our Blue Planet as her career interests are in electronics and renewable energy. She has worked in the Aviation and Aerospace industry as a technologist and she is excited to venture into the sustainability sector.

Lucas is in his final year of an undergraduate electrical engineering degree at the University of British Columbia. He has focused his classes towards industrial robotics and control. Outside of school he is an avid rock climber, skier and photographer. 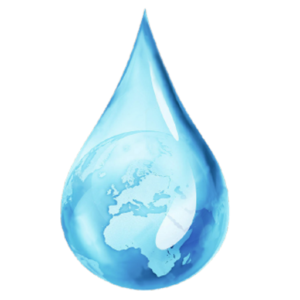