Fire Vision UAV was selected as a Capstone in 2020/2021 for 4th year engineering students as a continuation of the previous year ‘Wildfire Detection Sensors’ project. These newly developed sensors will form an integrated multi altitude system that is mounted onto solar charged and battery powered autonomous VTOL aircraft /drones UAVs (unmanned aerial vehicles) that will cruise above BC forests in predetermined grids or event patterns. 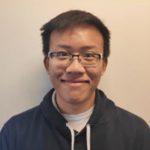 Having finished studying aeronautics and electronic devices for 6 months term at the University of Glasgow in Scotland, Garen is now intent on graduating with his bachelors in electrical engineering at the University of British Columbia. Outside of school, he builds and flies his own fixed-wing UAVs. Currently, he is working on obtaining the advanced pilot certification which will allow him to fly in controlled airspace. 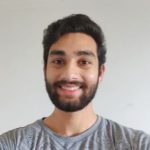 Romil is an Electrical Engineering student with a Computer Science minor in University of British Columbia Okanagan, and is set to graduate in May 2021. He is very passionate about electrical engineering that he does work on small electrical and computer science projects every month. He has real world experience as he has worked for an engineering consultant firm called Akron for a summer. Romil is excited to be working with Our Blue Planet as he is very serious about sustainability, climate change and conservation, therefore he hopes he can bring about real change through this partnership. 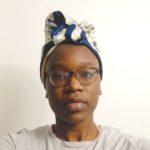 Erumu is a fourth-year mechanical engineering student at the University of British Columbia Okanagan. She’s passionate about design engineering, and spent a year and a half on two product engineering teams working on natural gas fuel injectors, and CO2 capture machines. She gained experience in rig design, general manufacturing, and GD&T from her co-op terms. She was a member of the Aero Club for three years and has held long-term interest in all things aviation related. This project balances her interests in aviation and conservation perfectly, and she’s looking forward to working with a team of equally-passionate individuals on something so exciting. 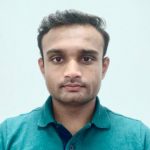 Aditya is studying Mechanical Engineering at the University of British Columbia Okanagan campus and is expected to graduate in May 2021. He chose Mechanical Engineering as he always had a passion to learn about the design and manufacturing side of machines and complex parts. He has gained valuable experience in the metal powder manufacturing and food processing industry through his co-op work terms. He is excited to work on the Wildﬁre Detection Sensor project with Our Blue Planet as he is interested in innovative projects that can make a diﬀerence. 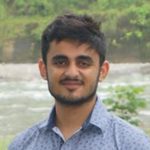 Akshat is wrapping up his studies at the University of British Columbia in the field of Electrical Engineering. He is very passionate about programming, electrical and embedded systems. He has had valuable co-op work experience in the field of computer science and engineering consulting. Akshat spent 5 months in Singapore working on the automation of search and rescue drones. Recently, he has been developing machine learning applications and is working on a handwriting image detection system. Akshat is very excited to have the opportunity to apply his electrical and computer engineering skills to the socially impactful early wildfire detection project at Our Blue Planet.